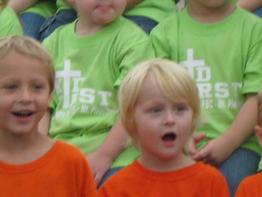 A fair manager or talent buyer has many options to consider when selecting entertainment for his event.

How does one evaluate potential acts?

When visiting another fairground or festival site, what do you look for when you see an act?  What are the key indicators to look for when watching an act at a convention showcase or even when seeing the act deliver on your own grounds?
This largely depends on what objectives your particular fair is trying to achieve.  Are you trying to draw more fairgoers to boost attendance numbers?   Are you trying to align the entertainment to a specifically prescribed theme?  Are you wanting to make the event more “family oriented”?  Are you needing to find acts that are self-contained, experienced, and don’t need direction or attention from your overworked staff/volunteers?

As you can see, there could be many factors to consider when putting together your entertainment mix.  And these factors differ from fair to fair, event to event.  What are the objectives you’re trying to achieve with your entertainment?  It might be good to list these, prioritize them and then look for entertainment which aligns with those objectives.

But there is one great way to evaluate the effectiveness of an act.  And you can do it without even looking at any performers!   How?

LOOK AT THE AUDIENCE.

Perhaps the most important thing to look at isn’t the act at all.   Instead, have a look at the audience.   While the act is performing the show, just step back and put your attention on the people in the seats and the people standing around.   Refuse the temptation to have your attention fixed on the interesting things the performer is doing and simply look over the crowd.

The first question to ask yourself is:   Is the crowd there?  A good show will have lots of people in those seats…or on their feet.  A great show will have the seats all filled, with people standing at the sides and back – trying to get a view.   With a great show, even your vendors, staff, volunteers and maintenance people will have their attention fixed on the show.

Nothing is more distressful  for  an event manager than to spend loads of money on a show, only to have the act perform for a dozen people and empty sets.  A great show has loads of people watching the act because the performer knows how to gather a crowd – even on the slow days.

A great showman will seldom complain about “slow days” or “not enough people”.  Great acts simply go about bringing the people in – even on “slow days” – because they know the tools needed to do it:  announcements, music, fire, enthusiasm, leadership or simply just superior technical ability in one’s craft.  These factors will draw people and the pro knows it.  He gets an audience there.

There is a second point to consider while looking over the audience which is this:  is the audience being changed in their emotional tone?  Are they displaying any visible emotion at all?  A great show will change an audience emotionally.

cheerfulness.   A great performer will wake up his audience and lift them up into an

experience of varying emotional tones.  This can easily be perceived in the faces and body

the audience and look to see if their emotions are being lifted.

A good thrill show should put the audience on the edge of their seats with fright, and then

once the routine is over, they should exhibit relief and wonder.

A comedy show should take an audience into laughter or chuckles.  A kid’s show should

bring out the natural enthusiasm of children.

Aside from the numbers of people watching the show, adjudicate whether or not the show is having an emotional impact on the crowd.  At the end of the show, the audience should be in a higher emotional tone than when they arrived.

Finally, there is a third consideration when looking over the audience, and that is this:  are the people in the audience participating or interacting?   This is important for any live show.  Apart from the quantitative aspect of “audience size” and qualitative aspect of “emotional impact”, there is this other aspect.  Do they interact?  This means clapping, singing along, volunteering, “oooo”ing and “aaaaah”ing or whatever other activities comprise “audience participation”.  A great show gets the crowd involved.  The professional showman knows how to get people participating.  In many cases, it’s not so much what the performer can do….but it’s what the performer can lead his audience into doing.  Again, look at the audience to get an idea of this.

For a highly effective way of evaluating a Grounds Act, then, simply look at the audience.  To summarize:

In this way, you can tell the effectiveness of the performer.  If you have a show that achieves these 3 things, you can be confident that you have a

HOW TO EVALUATE A GROUNDS ACT ​