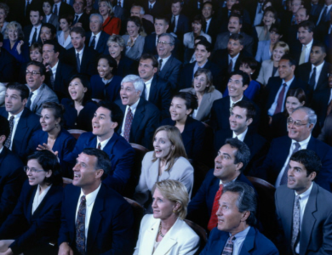 January is a popular month for State and Provincial Conventions.  Are these events worthwhile to your Fair/Festival?

The usual reasons for members not attending their convention are time and money.  Sometimes it can be quite an expense to travel to faraway cities in order to attend these events.  Are they worth it?

Only you can decide that.  Some Fairs can only send one or two delegates. Some send along a group of twenty.  What are the benefits of doing this?

The origin of conventions, at least for our country, dates back to the 1700’s.

It was a series of Conventions that actually established our country. Let’s not forget that our Founding Fathers sent delegates from their respective states to meet with like-minded individuals as they drafted a constitution in the late 1700’s. The words “Convention”, “Conference” and “Congress” have very similar meanings: they all denote a “gathering of people (delegates) with like-minded interests from various locations to a central location.”

Convention:  A formal or stated meeting of delegates or representatives, especially for legislative, political, religious, or professional purposes.  (Webster’s Dictionary)

The First Continental Congress was a convention of delegates in 1774 from 12 colonies (Georgia did not send any delegates that year).  That first convention allowed delegates from various places to share knowledge & ideas regarding government.  They networked and proposed solutions to their mutual problems.  A key issue was how to deal with King George III and his economic and military policies that were not in the interests of the Colonies.

In 1781, the term “Continental Congress” was changed to “Confederation Congress”.

There were many “convening of the delegates” through the following years under the label of “Confederation Congresses”.  This culminated in the “Constitutional Convention”of 1787.

Although 70 delegates were appointed to the Constitutional Convention of 1787, only 55 actually attended.  (Recognize the time and money constraints?  These men were professionals and had other careers to attend to and vast distances to travel!)  Thus, it was 55 men who contributed to crafting the first draft of the Constitution.  That was the agenda for that year’s Convention.

Of course, there were more Conventions after the first Constitutional Convention – and it wasn’t until 1790 that the Constitution was full accepted by all 13 states.

The result was the establishment of a new country.  The Constitution contained several elements that were entirely new ideas in the field of government.  This included the Bill of Rights, the relationship of the Federal Government to the various States, Checks & Balances of Power, and so on.  It could only have been achieved by bringing together the best legal minds of the many regions.

Yes it's true - we have a country because of a series of conventions.

As a member of the International Association and various State Associations for many years, I have come to the conclusion that if you really wish to excel in this industry, you need to 1) become a member of your association, and 2) attend the annual convention.  Why?

It certainly does take know-how to establish, operate and grow a successful Fair or Festival.  There are so many elements to a Fair or Festival that a manager is on a never-ending upward-sloping learning curve.  A fair manager needs to know (or recruit someone who knows)  how to handle legal issues, PR & advertising, finance, contracting, vendor relations, guest relations, entertainment, security, ticketing, parking, administration, government relations, staff or volunteer recruiting, and on and on and on….

But does your Fairground have a course room or training facility on-site to teach these things to your group?   If not, an alternative solution could be to take your people to the convention.

Surely, not all those Colonial delegates of 1774 knew exactly what should be in a Constitution – or even if one was needed.  They needed legal advice and discourse.  They needed to hear the success stories of friends and statesmen from other colonies.  They needed to compare and exchange ideas.  And they needed to formulate plans and inspire each other to execute.

Most conventions will have some sort of seminar program or workshop line-up.  The seminars offered will cover many of these topics, and will be conducted by experienced people who have knowledge of the subject.

There are many, many other educational benefits to attending a convention – not the least of which is simply talking to other individuals who have experience in the industry.

The International Association (IAFE), convening in Las Vegas last month had over 4,000 people in attendance who had some connection to Fairs & Festivals.  No matter what kind of individual you’re looking for – with whatever skill set or know-how – you are certainly bound to find him there!

We’re a close-knit community with similar purposes and values.  It’s always great to see old friends and make new ones.  We can also understand each others’ concerns, stories and humor.  And provide support.

Some Fairs are run completely by volunteers.  And even if paid, many Fair executives are deserving of an additional bonus.  Why not provide a weekend at a Convention Center as a reward or as compensation?  Budgeted in as a training expense to your Fair, the delegate will get a room, food, seminars, entertainment, attend the Trade Show and other benefits.   Most conventions are held at facilities with amenities and vacation-like surroundings.  Therefore, if “Fair Business” is handled efficiently and speedily, there could be time for leisure or touring.

We work very hard throughout the year to make it all happen.  Most conventions will have an awards ceremony, special acknowledgements, inductees into a Hall of Fame, dinners, dancing and prizes.  In helping our towns and communities celebrate with our annual events, we can’t forget to indulge in some celebration ourselves.

Attendees can also simply enjoy the showcases and entertainment that are provided. Party on – you deserve it.

Sending delegates to Conventions has a long and inspired history in America.  Getting together periodically with bright minds to share knowledge and support has been going on for awhile.   It’s just how we get things done!