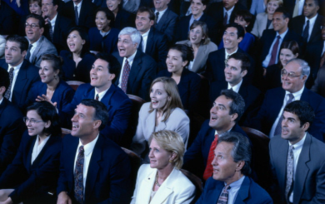 FOR CREATING A GREAT MASCOT FOR FAIRS


Does your Fair have a mascot?

Undeniably, a great way to brand and position your Fair is to establish a mascot.

The mascot gives your fair an identity, positions the fair in the minds of the public, and gives character to the event.

Just like a championship football team, a mascot can give the Fair a unifying identity.  Agreat mascot provides color, charm and generates enthusiasm.

How can a mascot create a big effect for a Fair or Festival?

Mascot:     n. A person, an animal, or an object believed to bring good luck, as the symbol of a sports team.

A mascot is a symbol of your Fair.  It is a like a logo, but it is 3 dimensional and can be positioned on your grounds.

A mascot could be a costumed character.  Such a character can meet & greet people, pose for photos and attend events such as concerts, livestock shows, rodeos or other competitions.  The mascot acts as a symbol so that Fair patrons are continually reminded that each thing they are doing ties into the overall theme or identity that the mascot represents.

“Mickey Mouse”, “Ronald McDonald” and the San Diego Padre’s “Chicken” are examples of costumed mascots that have done wonders for their organizations.  More recently, the “GEICO gecko” stands alone in putting personality into the otherwise tedious world of auto insurance.

Even Christmas – the biggest event of the year – has its own mascot.  A fat man with a white beard, red suit and jolly disposition has created a real branding and identity for the Holidays.  Perhaps not the senior personality we should be worshipping at that time of the year, he nonetheless does represent the spiritual values of  loving your neighbor, unrestrained giving and unbounded merriment.

Another possible mascot could be a live animal.  Live animals – particularly if they are unusual or exotic - have a special appeal to young and old alike.  Although they don’t live forever, the public heart will embrace replacements with generous welcome.  We have, for example, a tall white egret who responded to my wife’s singing at the piano by coming right into the house.  “Harriston” has now been entertaining guests to the Henry household for 16 years.   (I don’t know the lifespan of an egret, but his replacements over those years have moved right in to fill the shoes.)

A mascot, however, doesn’t need to be alive.  Perhaps the best-known mascot for the Fair

Industry is “Big Tex” – the 52-foot cowboy standing in the middle of the State Fair of Texas.

It serves as an orientation point and meeting place for fairgoers.  And anyone who sees a

picture of “Big Tex” knows exactly where that photo comes from – The State Fair of Texas.

It certainly brands the State Fair as something big.


In 1886, thanks to a gift from the people of France, the United States erected the Statue of

Liberty in New York Harbor.  It was a symbol of Freedom.  And so the rest of Europe

flocked by the boatload to see her - bringing with them all their children and belongings.

To be effective with the use of a mascot, one has to understand symbology.  A mascot is a symbol.  It should represent something in the minds of people.

This all has to do with branding, positioning and  public relations.  In the end, you are creating an identity or theme for the event.  That theme is communicated through the mascot as a relay point to your patrons.


5 Tips for Creating a Mascot for Fairs
Here are some points to consider when creating a Fair mascot:


1.    Just pick one mascot.  Too many symbols will confuse the message.  Just like a logo, a single symbol will be more effective when positioning the mascot as an identity in the minds of the public.  Even with Disney, although there are many costumed     characters – there really is only one mascot: Mickey.

2.    Give him/her a catchy name.  Choose an identity and name that your particular    public will like.

3.    If it’s a costumed character, have someone in the costume who can truly perform.      Dance, acrobatics and improvised comedy are all beneficial skills.  The vitality of the performer will show through the costume.

4.    If it’s a stationary mascot such as a statue, make it BIG.  Even a big potato will    attract people.  If nothing else, people are impacted by size.

5.    Use the mascot in your PR activities.  First, send out a press release that the Fair    has a new mascot.  Or you can Photograph the mascot on a ferris wheel to promote the fair.  Make sure the mascot is at special events, parades and at the front     entrance to meet & greet with patrons.  If it is a stationary, statue-type mascot, take a picture of your staff/volunteers with the mascot.  Make the mascot part of your team and make it visible.

What is a good, likeable symbol for your Fair?  Can it be represented by a costumed character, or a large symbolic icon?    Build it so they will come….


Mascot Costumes Available Here:   www.animalmascots.com
(Note:  This is not an endorsement for any particular company, we were simply referred to this website and provide it as an example of available mascots and suppliers).