A MATTER OF APPEARANCE


In the early 1950’s, Walt Disney toured many of America’s county and state fairs while researching his ideas for Disneyland.  He wanted to know what attractions were the most appealing to people and also what made people unhappy or disgruntled.

Disney was very disheartened when he visited a certain amusement park in New York City.   He found it to be depressing, beaten and dirty.  And the ride operators were extremely unfriendly.   He decided to create a new type of park with a pleasurable and clean environment.  In his own words: “We’re going to make it so clean, people will be embarrassed to drop anything on the ground”.
Thus, one of Disney’s core values was established.

Ever notice how Disney continually attracts such huge attendance numbers – year after year after year?  155 million people flood into the gates of 5 parks around the world annually.  What attracts all these people?

Well – it could be many factors.  But one of the first core values Walt instilled from day one was cleanliness.

Nothing lowers attendance than an unclean and disorderly environment.  It depresses.

To the contrary, people just love to be in a clean, orderly place.  It’s a pleasurable experience.

Some may point out that we work with cattle and farmers and dirty equipment.  Some might point out that dirt and dust are just part of the business – and cleanliness could be seen as an impossibility.  Oh?  Any farmer will tell you that there’s a difference between clean dirt and dirty dirt.

Even our soil can be clean.

Have you ever seen a very successful rancher or farmer?  The successful ones are like the successful individuals in any profession: they dress well.  Their tools and environment are orderly.  They bring order to their areas and this attracts partners, customers, staff, goodwill and support.

A rodeo competitor with a clean starched shirt and a shiny buckle attracts and inspires – even though he competes in the dirt.  Or consider a well-dressed 8-year old with bows in her hair, leading her shiny-groomed steer for the judges to look over.   This is pride.  And it attracts people.

People may not even realize why they find themselves in such a great mood on your clean orderly grounds.  They just like being there.  It feels good.  So they stay longer and come back more often…and bring more friends.  And they provide support.

It may be a challenge to keep things clean and orderly when running an event in a dusty field with older buildings.  And lack of funds can compound the problem.  We may not have the available cash that huge theme parks derive by putting out an offer to shareholders on the stock market.  But then again – the things that make the environment clean and orderly are often very simple.  Well maintained washrooms, some fresh paint on the buildings, enough trash bins in the right places, and volunteers in matching shirts can have quite an effect.

Additionally, we offer something to people that the major Theme Parks of the world have difficulty achieving.  Our Fairs are annual events for local people.  Thus, they build community and establish connection to our immediate neighbors, friends, families, businesses and civic groups.  There is tradition, education, entertainment, competition and community.

Nonetheless, we have a huge challenge confronting us when we consider order and cleanliness.  How do we achieve neatness when many of the segmented parts of our event are arriving from other places?  Those rides and vendors and entertainers sometimes bring the dirt and grease of the highways and byways onto our grounds even after we have cleaned, painted and washed all of our facilities!

Well, there are answers to this.  Many carnival operators and food vendors do realize that cleanliness is of utmost importance to their own business…and to the event as a whole.  Many of them have developed techniques to keep a better image and appearance.  Where they have, commend them.  Reward it.  It can be a daunting task to keep clean and attractive while on the road for months at a time.

Choosing entertainment that is decent and professional-looking will also go far in establishing an excellent image.  A clean, professional entertainer can make the entire environment seem orderly.

But always first and foremost – one must look at his own personal area.   Whether a Fair Manager, vendor, ride operator or entertainer, one must come to grips with the fact that one’s own appearance has an effect on his own business.  And in putting one's own affairs in order, one can influence his surroundings even if only by example.


A Major Source of Complaints

In 1968, social scientists Anthony Doob and Alan Gross (University of Toronto) conducted a study.  They had people with different types of vehicles stay stopped at intersections after the light turned green.  The driver would just stay parked while other cars waited behind.  They timed how long it took the car behind each driver to honk the horn.

Interestingly, 84% of drivers honked within 12 seconds when the car in front of them was an old beater.   When the car was brand new, they were only honked at 50% of the time.  Indeed, people honked more often and faster at the jalopies.

They probably won’t even know what they’re antagonizing you about.  They won’t mention the uncleanliness.  They’ll indicate it’s all about something else and point out other “reasons” for their upset.  Even those honking drivers thought they were mad at the fellow for not moving.   But in actual fact, they were complaining about theappearance of the car in front of them!

So, if you want people to be patient and tolerant towards you, make the environment shine and sparkle.  They’ll just be happy to hang around.  And they’ll even clean up afterthemselves! 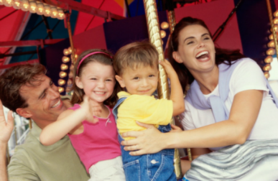