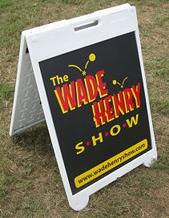 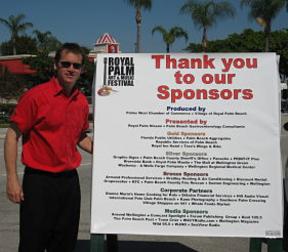 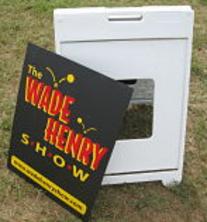 
We all know that an abundant line-up of expert entertainers and attractions will help increase attendance and make the Fair experience a special one for Fairgoers.

The question sometimes becomes:  How to pay for the entertainment?  And further - how do we pay for entertainment in addition to all the other needs of the Fair?

A Fair or Festival has many potential sources of revenue.  Some of the more common revenue sources might include gate admissions, rental income from vendors/exhibitors, percentage on the midway (rides), and.…sponsorships from private business.

Let’s look at just one of these sources:  Sponsorships.

Why Sponsorship?  Let’s face it – you have something valuable to offer the businesses of your community.  You bring many people to one central point at one particular time.  If you’re like most Fairs, your attendance is comprised mainly of local people.  People within a hundred miles….or less.   And there are likely tens of thousands of these people walking around a relatively small area during the run of your fair.

As you can see, there is real opportunity for local business to gain some exposure to the people in the immediate community.

And perhaps this is a viable method that hasn't been fully exploited to raise more funds not only for entertainment...but for other needed projects for the fairgrounds: buildings, arenas, upgrades or even more land.

Concerning entertainment, private companies and businesses have been one of the main

reasons we have had any entertainment at all throughout history.

Television shows always have brief intermissions so that audiences can receive

radio to listen to exciting fiction and comedy (let alone music), the entertainment

was funded by sponsors.  Even during the European Renaissance, the great masters

completed their sculptures, murals and concertos with the help of some type of sponsor.

And why not?  The sponsor can gain tremendously by being associated with certain artists

and attractions.  It can really be a win-win situation.

Here are six basics to help ensure your Sponsorship Program is successful:

Be sure to appoint ONE person as your main “Sponsorship Director”.   Is there one staff/volunteer that would be particularly good at this?  Is there one guy or gal who has experience in this area?   Perhaps someone who is well-connected in the business community and has been around for awhile….who loves the fair and enjoys getting other people and businesses involved?

2.  Use Print and Signage

Sponsors like to be acknowledged in print.  Thanking them at the opening ceremony or over the loudspeaker is also good….and should also be done…..but print is visable, continual and enduring.   Therefore, acknowledge the sponsor abundantly through printed messages:  in the Fair Brochures, banner signs around the stage, on the Fair website or otherwise.  Most businesses have a  logo or stylized way of presenting their name.  These are visual effects that need to be presented in print and signage.

The tiered system can have the effect of setting up the sponsorship system as a type of game.  Sponsors feel challenged to raise the bar and improve their status.  Each year, they might wish to do better than the last.  Of course, status levels can be added as the sponsorship system grows over the years.  In the example above, the Fair may (several years down the road) add a “Platinum Sponsor with Honors” or a “Diamond Sponsor”.

Printing/publishing the contribution amounts needed to attain each status level is a matter of decision.  The sponsors should be surveyed about it by asking them.  In some cases, sponsors may only want the name of the Status Level printed for the public.

The important thing is to have some kind of tiered status system established for your sponsors.

4.  Add Value and Promote these Benefits to the Sponsor

In today's economy, most sponsors are looking for much more than just printed acknowledgements and a "thank you" over the loudspeaker.  If you're involved in a larger Fair and wish to attract higher profile sponsors, you're going to need to do some legwork and find out what the goal of your prospective sponsor is.

Your sponsorship package in such a case will need to be customized to fit with the overall Public Relations & Marketing strategy of the company you are making the proposal to.

Give your sponsor real value and exchange….in relative accordance with their status level….for their investment.

In any printed literature, it is better to call each sponsorship an “investment”, rather than a “donation” or “contribution”.   Sponsors need to understand that the money they are putting forth will reap returns as an important part of their PR & Marketing strategy.  If they are led to believe that this is only a philanthropic donation to the community, you will be limiting your sponsorship base.

To figure out what to provide, you must do a little surveying (whether by written questionnaire or an informal discussion) to find out what your sponsors value.

First, any sponsor wants EXPOSURE.  You have tens of thousands of people meandering around your fairgrounds for many days.  That is a huge advertising and public relations opportunity for your sponsor.  He needs the opportunity to make those people aware of his business or organization to the local community.  As mentioned this is usually accomplished with signage and/or print.

Other things your sponsor may want or need include:  free admission tickets to the Fair, Free admission tickets to concert(s), free parking, a thank you letter on Fair letterhead (these sorts of things are sometimes framed and posted on the wall in the sponsor’s reception area), a plaque, T-shirts for the sponsor’s staff, food, access to a VIP Lounge area on the fairgrounds, a Sponsorship appreciation dinner, etc., etc., etc.

Brainstorm a list of things that sponsors would find valuable.  Survey them for ideas.  Or look to see what other Fairs and Festivals are offering their sponsors.  Then pick out what is doable financially and what would entice a sponsor to jump on board.

Provide different benefits to various status levels.  For example, all sponsors will get their name printed in the Fair brochure -but only “Platinum Sponsors” will have stages named after them.

The idea here is to make it more enticing for the Sponsor to move up to the higher status levels.

5.  Tie the Sponsor in to Specific Attractions, Buildings or Stages

This relates to #4 (above – Add Value....to your Sponsor).  A sponsor can be given general exposure by putting a banner on a fence somewhere….or in the Fair brochure.  But when the banner or signage is placed with an entertainment attraction, the sponsor will be much more convinced he’s getting something of value.  In this way, you can let the sponsor have propriety to a specific grounds attraction.

Also, fairgoers and audiences can thereby see something tangible has been provided to them by the sponsor.

Prepare a package outlining the Sponsorship Program.  This could be very simple if you’re running a small county fair.  Just one sheet that outlines 3 status levels and what the benefits are for each is better than having nothing to show a prospect.   As you establish and build on the program, the package can become more elaborate.

For a very large event, you would have a multi-sheet packet (or even a coil-bound book) which outlines the various sponsorship opportunities for the Fair.   A DVD could be created that outlines the many beneficial advantages of being associated with the Fair/Festival.  And with any “Sponsorship Info Package”, the vital statistics should be given regarding the event.  (i.e.  Fair Attendance, Dates, Demographics of Attendees, etc.).

To the degree that you are running a very large event and are pursuing very high profile sponsors, you will need to do considerable research on the company you are working with in order to help accomplish the PR goals the company has.  Your proposal will thus be much more customized and will take into consideration the distinct aspects of the sponsor's goals.

With a well-planned and executed sponsorship program, you are ensuring the viability of your event.

We have the answer.  And The Wade Henry Show is the only Strolling Act that is providing it.

Because of Wade’s unique way of delivering as a “Strolling Show”,  there is an opportunity to give great exposure to one of your sponsors.  This is done by using our portable “Sponsorship Sign”.

We have the frame.  And we can custom make the signage (corrugated poly-plastic material that slides into the frame) for you.


Wade’s sidewalk sign measures 28” high by 22” wide.  It’s small enough to be taken around the grounds as Wade does his act.  And it’s large enough to be seen by Wade’s audiences – which typically number in the hundreds (per show)….and many thousands over the run of your fair.

The sidewalk sign folds out and sits in a stationary position beside Wade’s show.  A captive audience has exposure to the signage for a full half hour of exciting entertainment.  And the sign can remain standing for the periods in between Wade’s shows – which means continuous exposure all day long.

And, if you have Wade’s act on a stage, the sign can be utilized there as well.

All you need to do is email Wade the message to go on the sign.  “Presented by Johnson Brothers Law Firm” or some such will serve to delight the sponsor.  And give them great exposure.  A company logo can also be used – just include it in the email as an attachment.

Please let us know at least a month ahead of time if you would like us to create a Sponsorship Sign.