- Wade Henry        April 15,2012
A press release is a written story or article of interest, submitted to mass media (newspapers, television, radio, magazines) for the purpose of publication.  The Press Release is the primary tool in the field of Public Relations – the art of making your event broadly known, wildly popular and thus – highly attended.

The communication lines in America are well grooved in by mass media channels.  Whether it’s a good thing or not…the fact of the matter is that people are still getting their news through the Newspapers, Radio and Television.

And best of all…you can do it for free!  That means broad advertising…with no cost!

Media stories give the public the illusion of objectivity.  (Of course, the media is rarely objective.  Journalists and editors almost always put their own slant on things.  Nonetheless, the general public often believes the media for no other reason than that they are a third party.)

Consider this: when a public individual looks at your website to find out about you...or is the recipient of your social media messages...he knows you have created the material he is looking at.  However, when he receives information about you through the media lines, he thinks he's getting objective information.  Many people are impressed by the "third party" opinions and stories and will consider them fact.

So, it certainly pays to send out Press Releases.  You want your own facts and slant being communicated by those that create mass media news and stories.  This is called Public Relations Control.


Special Events are Newsworthy
Working in the Fair Industry, we often  forget that we are putting on a Special
Event.  The emphasis is on the word  Special.  We should never take that for
granted.   It’s a special, special thing  that only happens once a year.

For a kid, she might get one day per year of the “Fair Experience”.  And she
might only have been to a fair twice in her entire lifetime.   This is truly
a special event.

So, when considering a Press Release for the Fair – remember that the event itself is

Special.  It’s newsworthy.  It deserves to be broadcasted widely.

Here are some points to consider when preparing a Press Release:

1.    Assume the viewpoint of the Newspaper editor.  What would a newspaper find valuable and newsworthy to print?  Restrain from writing the release as a generalized “Promo Piece” for the fair, but rather pick just one interesting  subject of interest.   For example, if there is some interesting event (such as a demo derby, or celebrity performer, or a building upgrade), write about that one thing.  Make the story interesting and indicate why it’s a special topic.

2.    Keep it short.  One or two pages will suffice.  If the newspaper wants a  longer article, they'll assign a reporter - or ask you for more length.

3.    It is usually better to send something to your local papers than nothing at all.

Sometimes, a newspaper will appoint a reporter to the fairgrounds and interview you so that they can create a story.  However, it is much safer to create the story yourself.  If a reporter is coming to visit you, have something  prepared for him.  This gives you control on what is written and published.


4.   Regarding the standard Press Release format:

a)      Put your name, organization (Fair/Festival) and contact phone/email info at the top of the page.


c)       A Tagline can also be used.  If using a Tagline (as a lead-in to the text), center it just below the Headline and use a font that is smaller than the
Headline, but larger than the main body text.

Example:  Look at the top of this article.  “Getting Free Publicity” is  a Headline.  “Write a Press Release for Your Fair” is a Tagline.

d)      The body of the text should contain interesting information about something happening at the Fair, or one of the Fair’s
achievements or some story to be relayed to the general public.

It’s a good idea to use quotes from respected people, executives, VIPs or opinion leaders to back up information in your story.  Also,
numbers, stats and figures are always of interest to readers.

e)      Always end the text of the release with three number signs (###) centered below the text.  This is an industry standard in
journalism that signifies the end of an article or release.

(email Wade Henry at wadehenryshow@msn.com if you need a sample press release to get the idea of standard format).


5.    Include photo(s) where possible.  Make sure the photo relates to the story.

6.    Choose the correct timing for the release.  It’s not optimum to send out a  release about one of your grounds attractions in January when the fair is
running in August.  Instead, send the release the week before the Fair opens.

A smart public relations specialist will originate a series of several releases – often on the same subject – intelligently plotted over the appropriate time period so as to maximize the publicity value of the event.  For example:


Here we see that 3 (or more) press releases can be originated on one subject – the Grandstand Concert.  Each press release dovetails
into the next.  Intelligently timed in a series of issues, the event is used as a reason to obtain maximum publicity for the Fair.

With Fairs and Festivals, it’s very easy to find a newsworthy item.  Consider that you are entering the universe of the Fairgrounds for the first time (like a wide-eyed, impressionable young kid).  What is something that you might find unique, special and worth telling a friend about?  Investigate that thing and then write something about it.  A sincere, renewed interest will uncover stories and will also carry the story through in an interesting way.

The Fair Manager can obtain much positive publicity for his Fair through Press Releases.  An ambitious manager could write releases himself, or appoint another to write them…or even ask his entertainers to submit them regarding their own acts.  Such a campaign of Press Releases can result in much greater public awareness of the Fair and thus result in even greater attendance and support.

Note:  When booking The Wade Henry Show, we will always forward you a standard Press Release (and photos) for the act.  We have it written for you.  You can simply forward the Release to your local media as you see fit.  You can also edit the Release if needed.  And you can even  use it as a template to produce more press releases for your other Attractions.

WRITE A PRESS RELEASE FOR YOUR FAIR 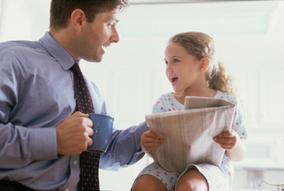