A Fair Manager or Festival Organizer should know the possible categories of entertainment available to him/her.


FREE STAGE ACTS are delivered on a fixed stage on the grounds.  They are called “Free Stage” acts because the audience is not expected to pay for a ticket to see the act.  The entertainment is provided to the fairgoer/festivalgoer as part of the “entrance fee” at the gate (if there is one).

In most cases, the Fair/Festival (or contracted staging company) provides the stage, sound and lighting for a “Free Stage Act.”

The performer(s) need only arrive with his props and/or instruments.

SELF CONTAINED STATIONARY ACTS are grounds attractions that can be set up in a stationary location on your grounds.  Some also refer to them as “Bleacher Acts”.

In this case, the Attraction (entertainer) usually provides the stage, set (backdrop), sound equipment, and any props needed for the show.

The Fair/Festival usually provides 3/5/7-tiered bleachers (or alternative seating) and a power source.   Self Contained Stationary Acts usually require a space 30’-100’ wide for set up of the set which they will bring to your grounds.


STROLLING ACTS are delivered around the grounds of the event and are mobile.  Strolling Acts have also been called “walkaround”  (or “walk-abouts”, in Canada).  Strolling Acts can also be somewhat stationary—such as a “Street Performing Act”.  But, one way or another, the Strolling Act delivers entertainment without a stage or bleachers.


WHAT TYPE OF ENTERTAINMENT SHOULD AN EVENT UTILIZE?

That depends on what you’re wanting to accomplish.  And what your equipment/space availabilities are.

FREE STAGE ACTS include most music bands.  However, variety artists can also perform on your stage.  Free stages require some management and control.  Acts need to be kept on a firm schedule—since there are many different acts working on the same stage.  In such a case, acts also need to have quick set up and tear down times (sometimes as little as a few minutes).
You can dress up a stage with banners and advertising and it can act as a focal point and hub of your event.  Since a stage is elevated, you don’t need to provide bleacher (tiered) seating.  With a stage, you can supply seating with backrests (folding chairs, etc.)  - an important factor if you’re playing for seniors.

SELF-CONTAINED STATIONARY ACTS are great for events that have enough space for them.  This usually means a fairgrounds or larger festival.  Also, because the act is “self-contained”, this is a great option if you don’t have your own stage & sound set-up.

A great benefit of the "Self Contained Stationary Act" is that it usually operates as a turnkey, self-contained, self-managed unit that needs very little assistance from Fair Management.  This sort of act is provided by a professional who knows how to set up and take care of the details for himself.  All the Fair Manager needs to do is provide an empty space, seating and a power source.  The Self Contained Act will bring in his own sound and set and act as his own stage manager.

STROLLING ACTS are an excellent way to spread your entertainment budget all over the event grounds.  There’s an element of spontaneity, surprise and intimacy with strolling acts.  Strolling Acts inject life into the environment.

Many strolling acts are versatile enough to be used in other ways.  For example, the act could be slotted in for a needed stage show (if the strolling act has that sort of experience), in combination with the daily strolling schedule.

Strolling Acts are not only mobile on the grounds – they are usually also quite mobile around the country.  Since the act isn’t hauling a stage, set and heavy sound equipment, it is likely that the act can fly to the gig.  This means you can hire a Strolling Act even if it appears that the routing is unfavorable.  Strolling performers can get to some events that just aren’t doable for some larger Self-Contained Acts. 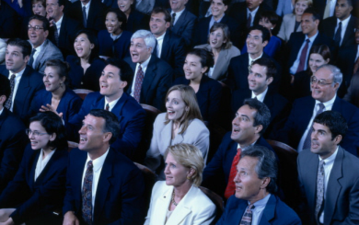